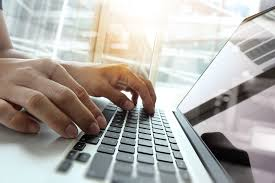 It’s not uncommon for entrepreneurs and other business professionals to view the government in a negative light. Taxes, regulations, and mandates always seem to get in the way of free enterprise. This results in many business leaders looking at the government as an unfriendly and unwelcome organization that exists apart from their own.

The reality is a bit more nuanced. For one thing, much of what free enterprise is able to achieve is made possible thanks to government policies and tax-funded infrastructure. What’s more, there’s more cooperation between the private and public sectors than most people think. Rather than working in opposition to one another, businesses and governments work together to drive success on all fronts.

The teamwork that occurs between the private and public sectors is demonstrated by the advisory roles appointed to business leaders by government officials. For example, biotech entrepreneur Jim Plante, founder and CEO of Pathway Genomics Corporation and more recently the co-founder of Thynk Capital, was appointed by the former U.S. Secretary of Commerce Penny Pritzker to the Industry Trade Advisory Committee on Chemicals, Pharmaceuticals, Health and Science Products. Through the office of Ms. Pritzker, Mr. Plante provided the President of the United States with policy advice, technical information, and recommendations regarding trade agreements related to the biotech industry.

Truth be told, the level of private sector involvement in the development of public policy is greater than most people realize. One of the most significant instances occurring in recent times happened during the writing of the bill that would eventually become the Affordable Care Act. The bill was almost entirely written with the help of the major health insurance companies operating in the United States. This, despite the fact that the political narrative at the time – presented by lawmakers who opposed the bill – portrayed insurance companies as being opposed as well.

The role of private insurance companies in the creation of the ACA makes a lot of sense when you think about it from a business perspective. The law made health insurance a requirement for every American, whereas having health insurance was optional beforehand. This essentially doubled or even tripled the number of customers for insurers. It’s safe to say just about every business in existence would be okay with a law that made it mandatory for everyone to buy their product.

With so much of the modern economy being based on consumerism, governments have a major incentive to help businesses be successful. With that said, there’s no denying the fact that the government prioritizes big business and major corporations. While seemingly concerned about the wellbeing of small businesses and aware of how these small businesses add up to a huge part of the economy, the government will go out of its way to make things easier for the big guys and seems to make it very difficult for smaller organizations to succeed.

While it’s easy for this reality to make up-and-coming entrepreneurs feel slighted by the government, the truth is their plight is at the behest of big business. Major corporations aren’t interested in giving advantages to potential competitors. Today’s cottage industry is tomorrow’s Google or Facebook. How does a big business manage to make things hard on the little guy? You guessed it: working with the government!